Since it's release 'The Big Story', a BAFTA-winning and Oscar nominated short by Tim Watts and David Stoten, has been an inspiration to young animators all over the world. It has influenced many of the great artists that are working in the industry today, from my humble studio in Devon, to the giants like Dreamworks. In fact anyone who has studied animation, or is interested in its history, will talk of this animated film with great fondness and even greater respect.

Here is the animated short for those that aren't already familiar with the piece, so you can see for yourself the brilliance of Tim and David.

"I can honestly say that not only was this film an all time favourite of mine, it has also been instrumental in my education and progression into becoming a professional animator"

The film captures the essence of the Film Noir genre perfectly, and from my first viewing I was locked into the detail of the environment and lighting, just as if I were viewing one of the classic John Alton lit Noir movies that were created in 1940's Hollywood.

The atmosphere is dramatic with intense angular shadows and an almost smokey, dusty air hangs over the scene.

When I was studying my Masters Degree in Computer Animation, I became interested in lighting, and focused a lot of my study on the techniques used in the past, from physical lighting in film to CG lighting used for rendering in today's CG industry. I discovered that the lighting in 'The Big Story' animation was so correct to the theories I was learning, that I decided to use it as an example of how lighting is used to enhance storytelling, whether in film, stop-motion animation or CG created pieces.

I can honestly say that not only was this film an all time favourite of mine, it has also been instrumental in my education and progression into becoming a professional animator.

The stop motion animation captures the style of Kirk Douglas's physical acting technique in such a way that you never question the inevitability of the movement and the way the characters interact with each other. In short, it is genius!

In 2016 to early 2017, I was lucky enough to be working on the animated feature film 'Sherlock Gnomes' for Paramount Animation in the art department. After a discussion with Gary Dunn, the lead character designer on the film, I learnt that Tim Watts was actually working on the same project in the animation dept. I was incredibly excited by this news and asked Gary if he would introduce me to Tim (as they were old friends). as I was looking for a meeting so I could discuss 'The Big Story'. with one of its creators.

Tim was very happy to chat with me and answer any questions at our meeting, but knew he was incredibly busy so asked if he wouldn't mind continuing the conversation via email, to which he agreed. So I thought I would share with you some of the questions and more importantly the interesting answers here in my blog.

Q and A with Tim Watts

DW: We briefly chatted about why you decided to do the project and you mentioned that it was 'important for you to produce something that you had total control over'. Can I ask how/why you decided upon the Noir genre for your piece?

TW: The Noir genre was not the jumping off point. It was more about finding a film actor who would give us all that we needed to extend caricature to other areas - full figure, performance and body language. After we settled upon Kirk Douglas, the types of films that also inspired our piece - Champion, Detective Story, Ace in the Hole, The Bad and the Beautiful had something of a Noir quality, although not pure Film Noir like 'Night and the City' or 'Double Indemnity'. We decided to push it further towards Noir as we thought that would be fairly fresh for a stop motion film.

DW: When you came up with the idea initially how long roughly did it take to get from that idea point to finished edit?

TW: It is hard to say exactly how long it took to make. David and I were both working on other things initially so we would meet in the evenings to discuss ideas. Once we got going Spitting Image had us coming on and off the project to work on puppets for various shows but in all I'd say it took around 18 months.

DW: Did you have to source funding for the project? Or was it a commissioned piece?

TW: It was paid for by Spitting Image for whom we both used to work making puppets for the TV series. We took the idea to them and Roger Law was intrigued enough to put up the money. It ended up costing more than originally planned and we're very grateful to him and the company.

DW: Was it important for you to have specific 'Kirk Douglas mannerisms' in the animation?

TW: It was very important to capture the essence of Kirk Douglas' performance. In the way that caricature boils things down, we applied the same process to his acting - trying to identify specific tropes that were individual to him. He turned out to be an inspired choice as his performances are naturally physical and filled with intensity, although I think you could apply the same process to anybody.

DW: Did you have to learn any new technical processes to complete the project?

TW: Technically a lot was new to us. We had both dabbled in stop-motion but armatures and the mechanisms we used we sort of found out about as we went. Same for the shooting process. We were in good hands with the people we worked with from Mackinnon and Saunders who made the armatures and Tristan Oliver who was our DOP. It's one of the reasons for having animated the thing in 2D first. To provide a blueprint for what followed.

DW: You must have put a lot of work and hours into the piece to make it so awesome but is there anything about it that if given the chance to make it again you would want to do differently? or you felt could have been better achieved?

TW: I think everything could be better about it. You're never completely happy. But for what we had in our mind's eyes before starting it came quite close to the imagined result.

DW: I am interested in the lighting of the shots, I love the lighting in the film and it is a detail I really enjoy. Was lighting something you considered quite important and lit the shots specifically?

TW: Lighting was important but actually relatively simple. One key light for the main source and then a fill light for the far side. There were shots where Tristan Oliver, the lightning cameraman used other small lights to add detail and there were times where we wanted the character to go in and out of shadows which were a bit more involved. In other shots we would have to offer in additional lights or reflectors just so that we could see him -when he was turned away from the window in close up for example. But it was all built around a fairly simple set up that Tristan, David and I had put together.

"You're never completely happy. But for what we had in our mind's eyes before starting it came quite close to the imagined result"

As you can see from the Q and A, the film was actually animated twice! Once in 2D and then as stop-motion puppets. You can see the 2D film here:

I am incredible lucky to be working in an industry that is full of creative, talented people. When you are surrounded by brilliant people it inspires you to create better and more considered work, to which I am truly thankful.

To finish of the article I would like to thank Tim for being generous enough to spare his time answering my questions, and I look forward to chatting with him further about this and other projects, no doubt at the Sherlock Gnomes rap party, later this year. I also wish him luck and I look forward to working with him again if ever the chance arises.

You can find out more about other projects Tim has been involved in here at his IMDb page:

Bringing your mascot to life! 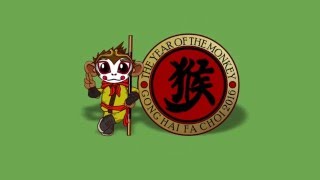